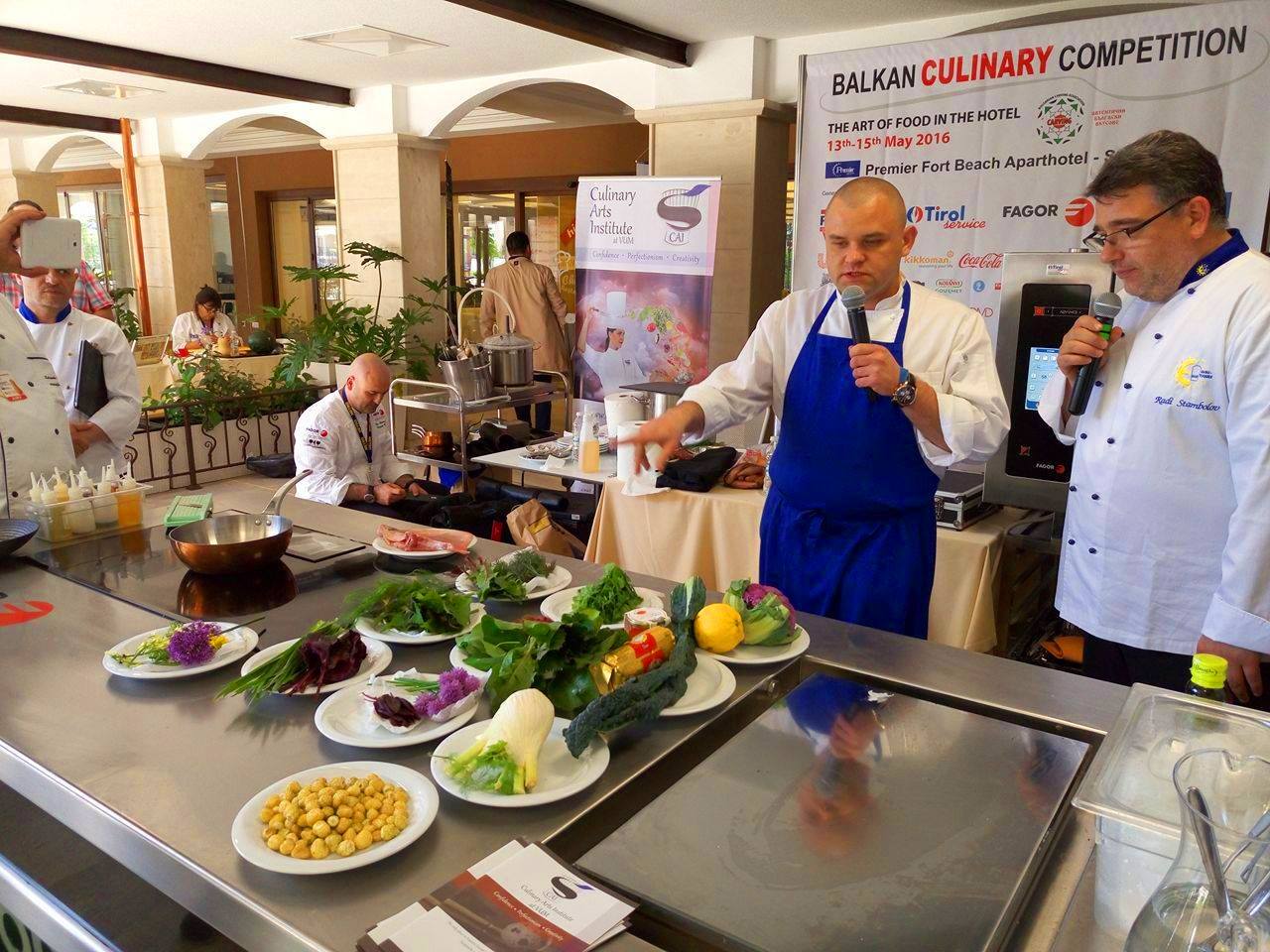 The Balkan Culinary Competition aims to be a platform for trends in the preparation and presentation of food in hotels and restaurants, as well as to exchange knowledge, ideas, and new culinary techniques to draw attention to the taste, vision, and way of presenting a dish. The hotel, restaurant, and tourism business make the strongest impression on clients, and on the level of their performance depends if the customer will return again and recommend the restaurant, the hotel, the country.

In the competition, there were individual participants and presenters from the UK, Bulgaria, Italy, Macedonia, Romania, Slovakia, Slovenia, Serbia, Tunisia, Croatia, South Korea, Japan and others. The international jury included members of the World Association of Culinary Societies (WACS).

On 14 and 15 may guest chefs from Bulgaria, and other countries presented demonstrations:

The partnering companies have presented with non-traditional challenges and demonstrations. The audience got to know professional kitchen equipment and had the opportunity to recreate the recipes by themselves. If you want to participate, please, register well in advance.

The Balkan Culinary Competition is the brainchild of Veselina Slavcheva from the Bulgarian Carving Association, who has organised seven national and one Balkan carving competitions.