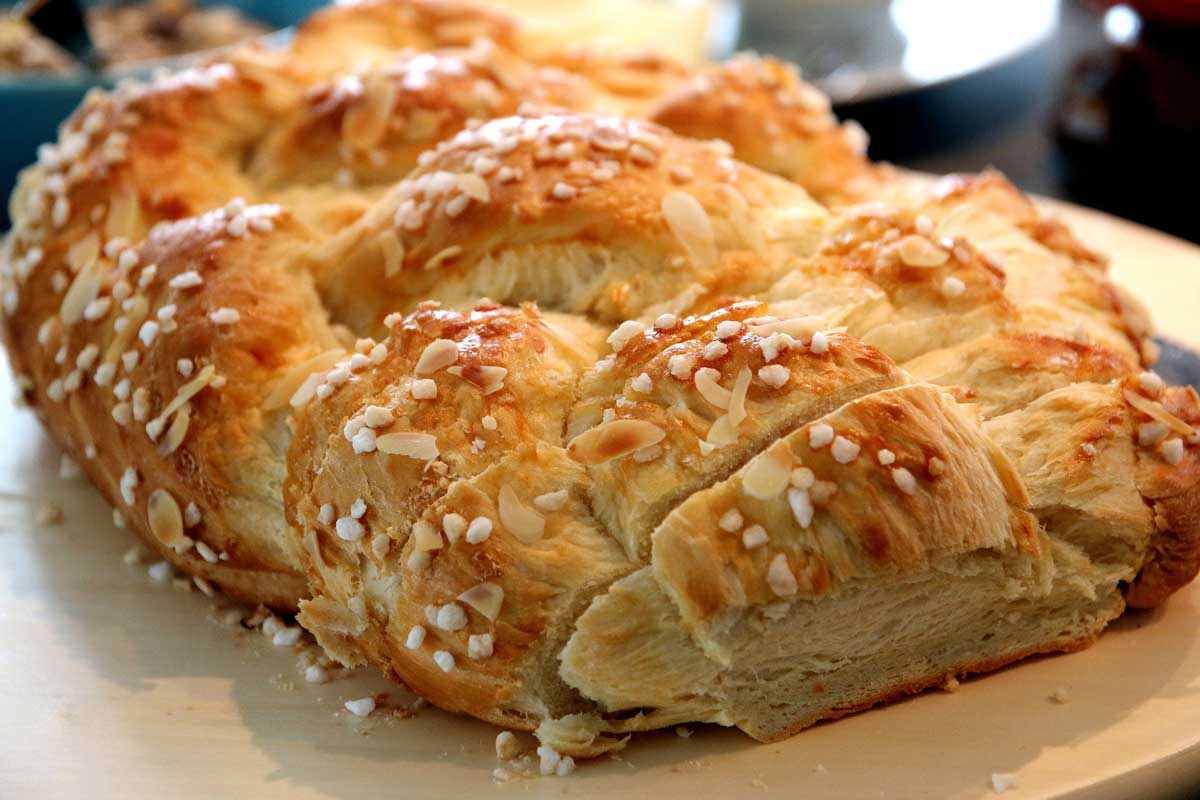 Easter holidays on our latitudes are not the same without the presence of sweet braided bread (kozunak) . It is part of the tradition.

The sweet braided bread is Easter staple that symbolizes the body of Jesus Christ. Traditionally, it is prepared and consumed on Easter.

You probably don’t know that in Bulgaria the sweet braided bread was imposed as tradition relatively late in the period from 1915 to 1920. By that time, other kneaded breads were called kolak, parmak, kravay.

It is said that the story of the sweet braided bread began in the early 17th century in France, from where it gradually moved across Europe. In Russia, the Easter ritual bread is called kulich, and in Italy it is a panettone.

Up to date it can be said that the kozunak is no longer just a religious symbol, but has become a food product, a type of cake that can be found in stores throughout the year. In Bulgarian tradition it is assumed that kozunak is a sacred action and ritual.

Below you can find the personal Easter sweet braided bread recipe by one of our Chef Instructors Kaloyan Kolev.

Flour is sifted into a deep bowl. Separately with a mixer, eggs are mixed very well with sugar together with the chopped lemon peel (or essence) and a spoon of rum. The milk is warmed to 30 degrees. 10 grams of the baker`s yeast is crushed in the milk with 10 grams of sugar and 10 grams of flour and it is pulled away.

In the deep bowl, the sifted flour is shaped like a well in which the eggs are poured together with the milk with yeast, sugar and rum. Mix well until the dough gets soft, easy to mix, but not sticky.

Then put the butter in it. For this purpose, the butter needs to be cold and cut into cubes. After that begin to knead the dough and add the butter until it is fully incorporated into the dough. If the dough begins to stick to the table, it should be sprinkled with flour. Add the raisins after inserting the butter. Mix the batter in a bigger bowl and leave it warm until it rises. When its volume is doubled, the kozunac is ready to be braided.

The baking tin itself must be smeared with oil, shredded with flour, and the sweet bread is placed in it. Allow them to grow as they are shaped, and then top with almonds, hazelnuts or whatever you like, spread with mixed egg yolks and sugar (optional) and bake. In the beginning, put them in a well-heated oven at 220 degrees C, but after ten minutes the temperature must be reduced to 180 and bake for another half an hour. When the bread starts to top up, put aluminum foil so it wont burn.

writing a dissertation with adhd https://dissertationwriting-service.com/