One of our students, Dimitar Tonev is back from his internship at 2 Michelin Star Martin Berasategui Restaurant. Dimitar made an interesting article with beautiful pictures, where he shared his experience which was during the 6 months:

Hello. In this article I will tell you quickly about my incredible internship at the 2 Michelin Star M.B. Restaurant.

It all started in early March. I remember that from the beginning, I was very worried, if I could handle that restaurant. Firstly, I started from Starters. These are the plates that are ordered at the beginning of the service. One of the chefs had to teach me for two weeks, but on the third day the Chef came and said that I could handle and my trainer had to move to another station. This gave me an even greater desire to work. Even before the first month, I had a lot of responsibilities and things to do. I started to do things that they do not give to any trainee. But day to day, I started to finish things earlier and earlier, so I could learn something new.

Then they moved me to Pastry. I was not very pleased with this fact, because it did not give me pleasure. But naturally, I was doing my job well. From the very beginning they gave me all the ice cream in the restaurant: Coconut ice cream, caramel ice cream, pineapple ice cream, lemon ice cream, Jamaican black pepper ice cream, vanilla ice cream.

At Pasty I was only for two weeks and then they moved me to Production. There I worked with Lucas, who was one of the Chef de Partie in the restaurant. In the Production, I was doing all the broths, cleaning and barking the fish and many other things. I also helped Lucas with the bread. In the restaurant we offered 6 different types of bread and right at that moment, when I was in Production, I had to make bread for the other restaurant by Martin Berasategui, TXOKO. It was supposed to make 1500 breads for about two weeks, because after that the restaurant was closed for a month for renovation.

During one month when our restaurant did not work, we were naturally sent to TXOKO to gain experience there. The restaurant was very different from MB. It was a product restaurant that did not spend so much time processing the products, just getting the best products from the local market with little processing and getting a lot of good things. They put me on pasa and Jospera shoulder to shoulder with the main course and deputy chef. I was very pleased to be able to prove this again. I thank everyone in TXOKO for the trust. 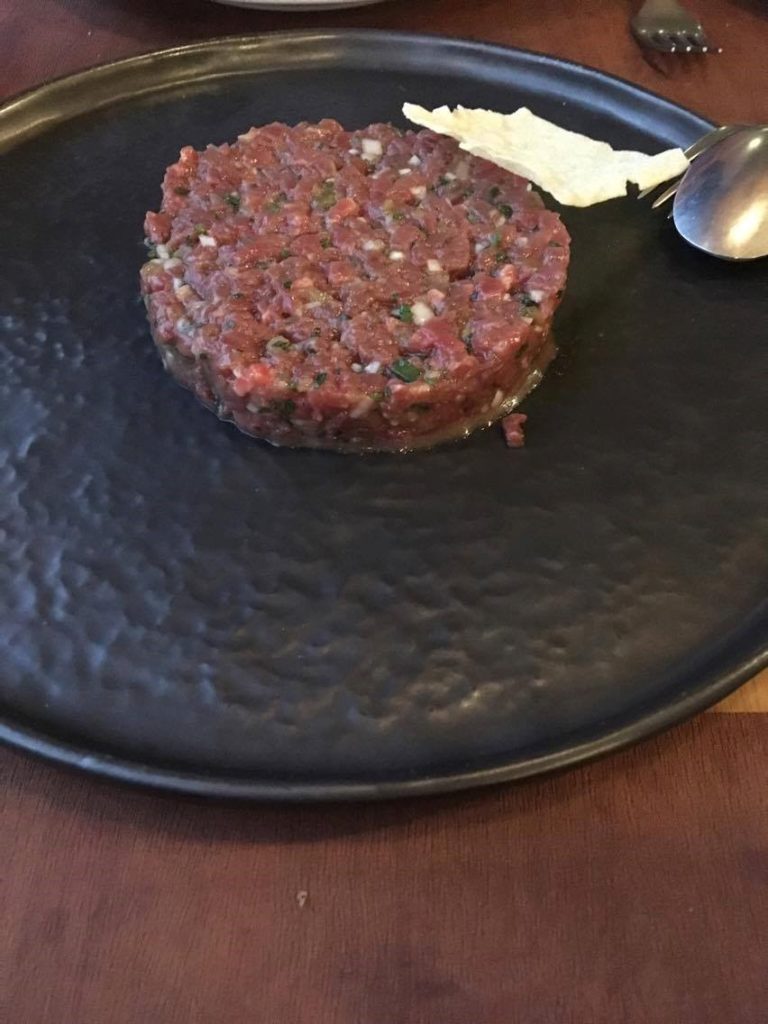 After opening of MB, I started again from where I’ve finished Production. There were some changes of the staff, i.e. new trainees came, some of the personnel left or has been shifted to another restaurant. After three days, one of the boys in the Starters was dropped off and they moved me as the first assistant after the Chef de Partie. It was a great challenge for me. Within a few weeks it became clear that one of the Chef de Partie of the meat would leave the restaurant. Lucas, who was Chef de Partie of Production became Starters, and Chef de Partie of Starters, Jose had to move to the fish. I was a key figure in these shifts, because they had to re-train, surrender things that only the Chef de Partie does. They gave me everything to do. This was a great honor for me, because I was just a trainee, but people were reliant on me, since I was doing my job faster, with quality and always wanted to learn something new.

On the last day, we were prepared for a “surprise”. We were part of this big family. It was not just a simple kitchen. This is a big family both inside and outside of the kitchen. Amazing people! After we passed the internship, the boss invited me and my colleague to the dinner. I always wanted to see what it was like to be on the other side. I was a little worried before the dinner, because I could see it for the first time on the client’s side. We just went into the restaurant and the experience started. I have no words to describe this dinner, and I will describe it with pictures. These six months had the most incredible moments that ever happened to me. A unique opportunity to prove yourself in front of professional chefs, to work side by side with such people, to learn from them, and most importantly, we were one of these people. I thank all the colleagues in the restaurant for having accepted us to their big family. I was honored to work with all the personnel of the restaurant and I hope someday to have this opportunity once again. 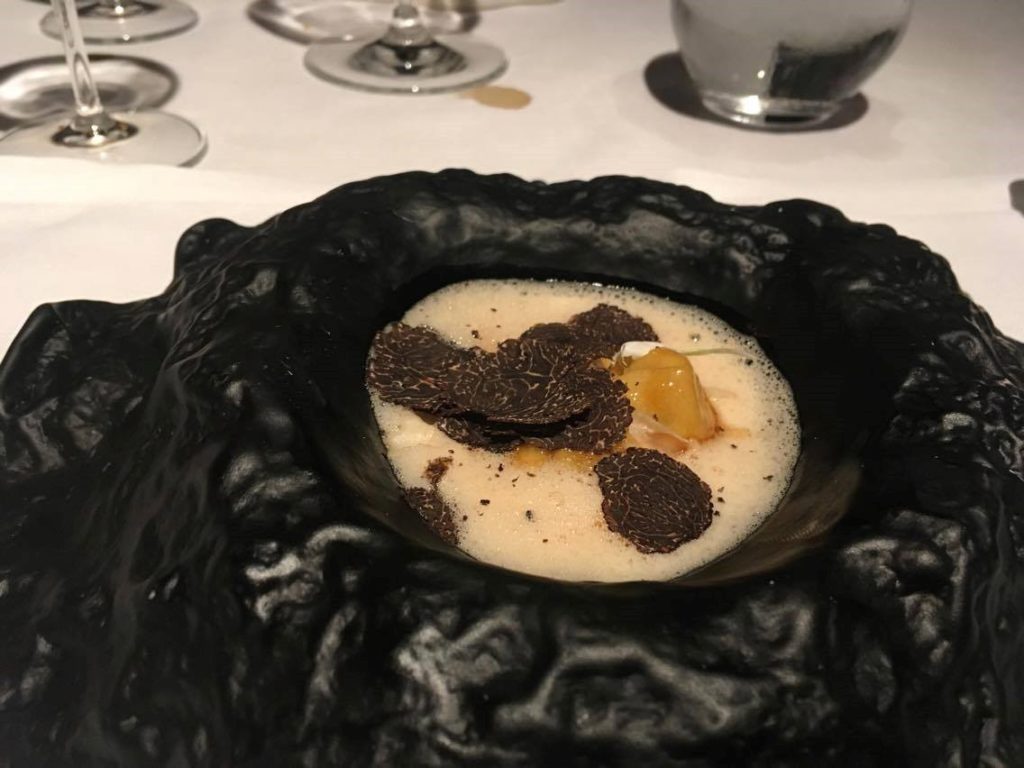 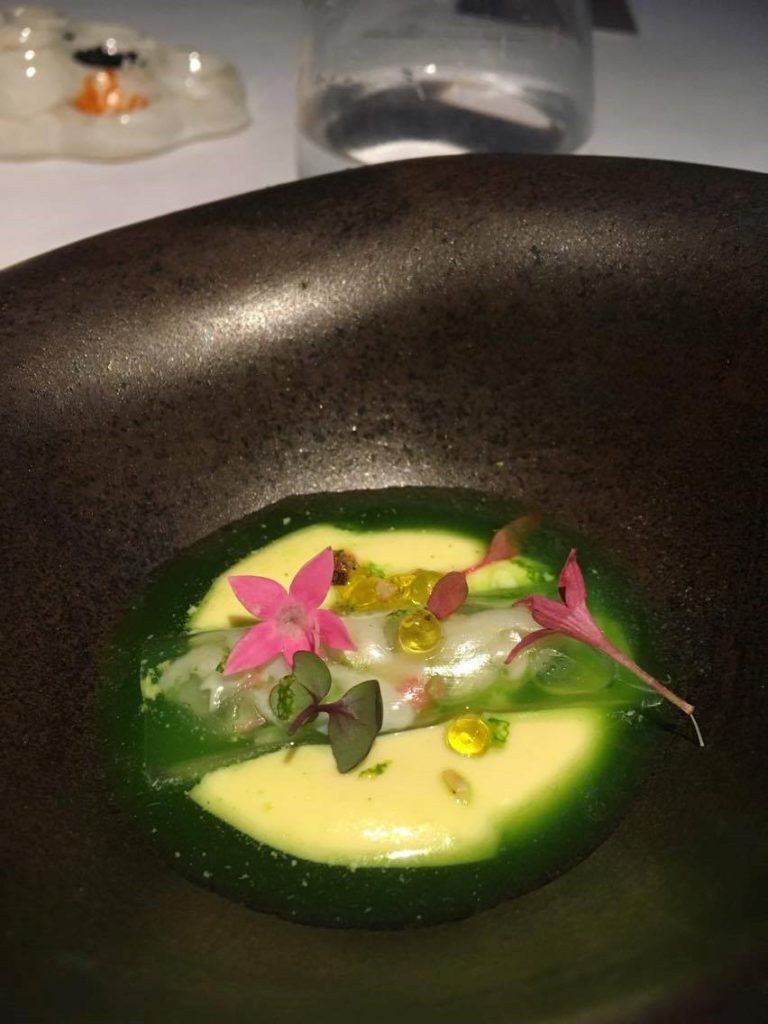 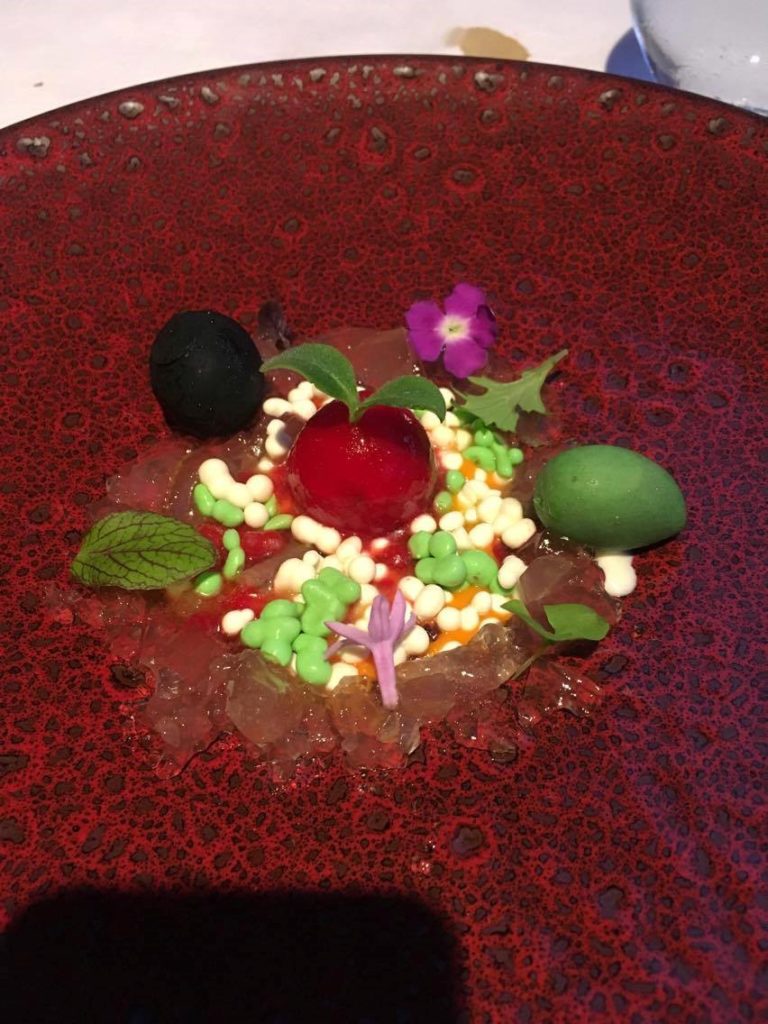 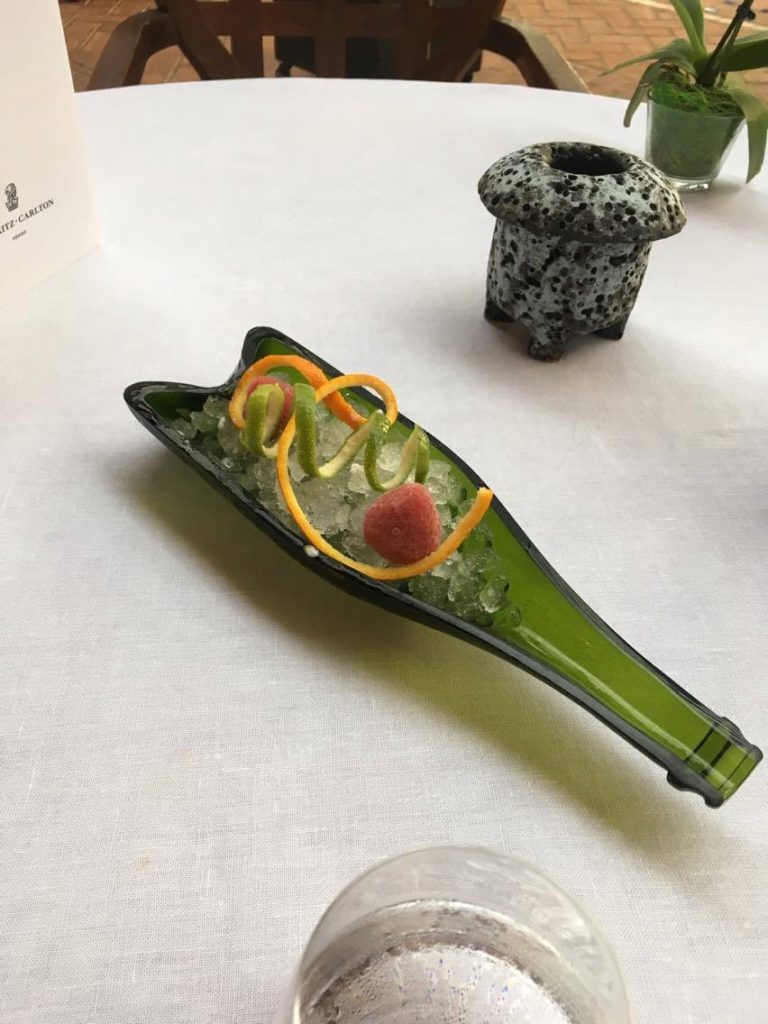 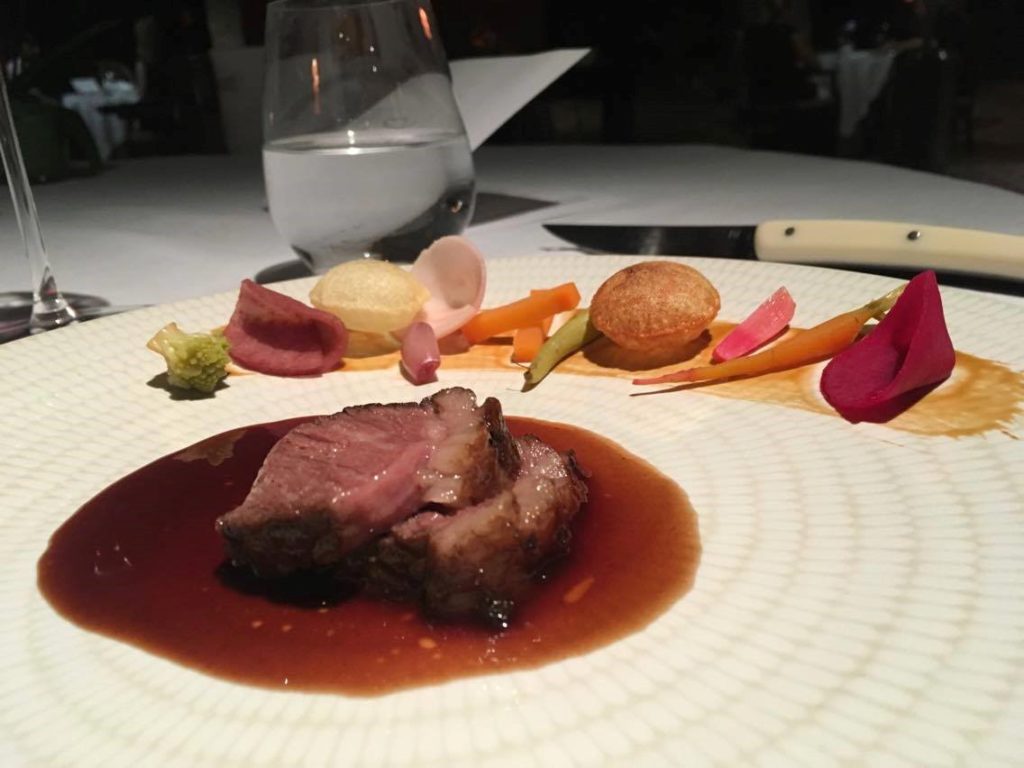 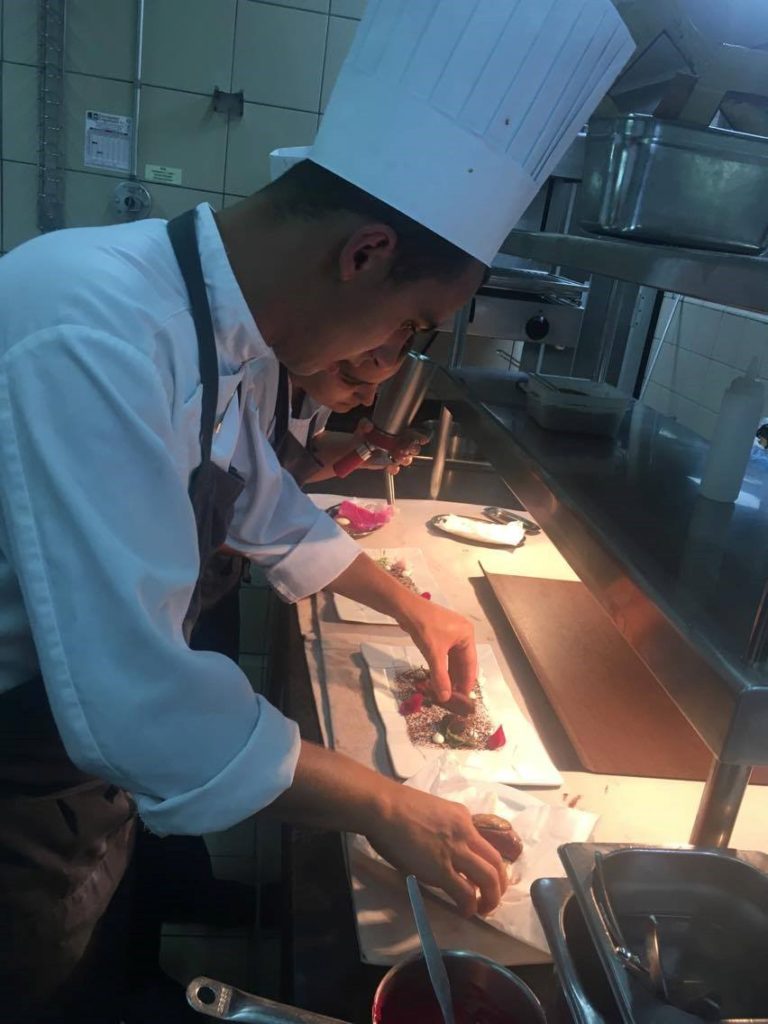 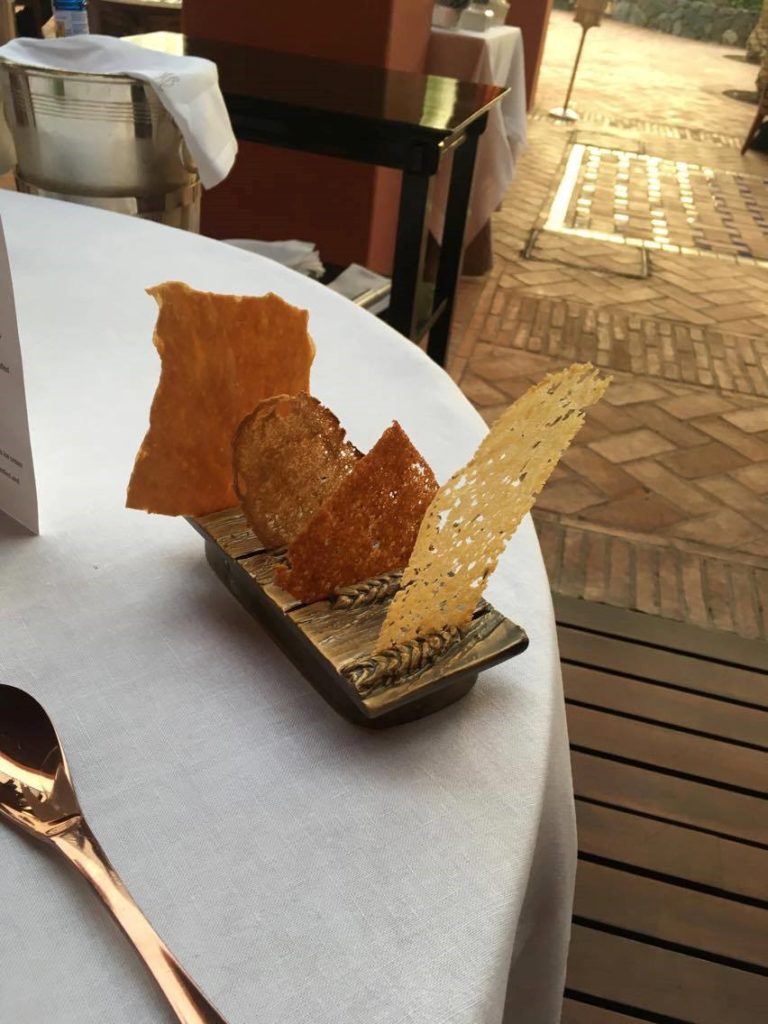 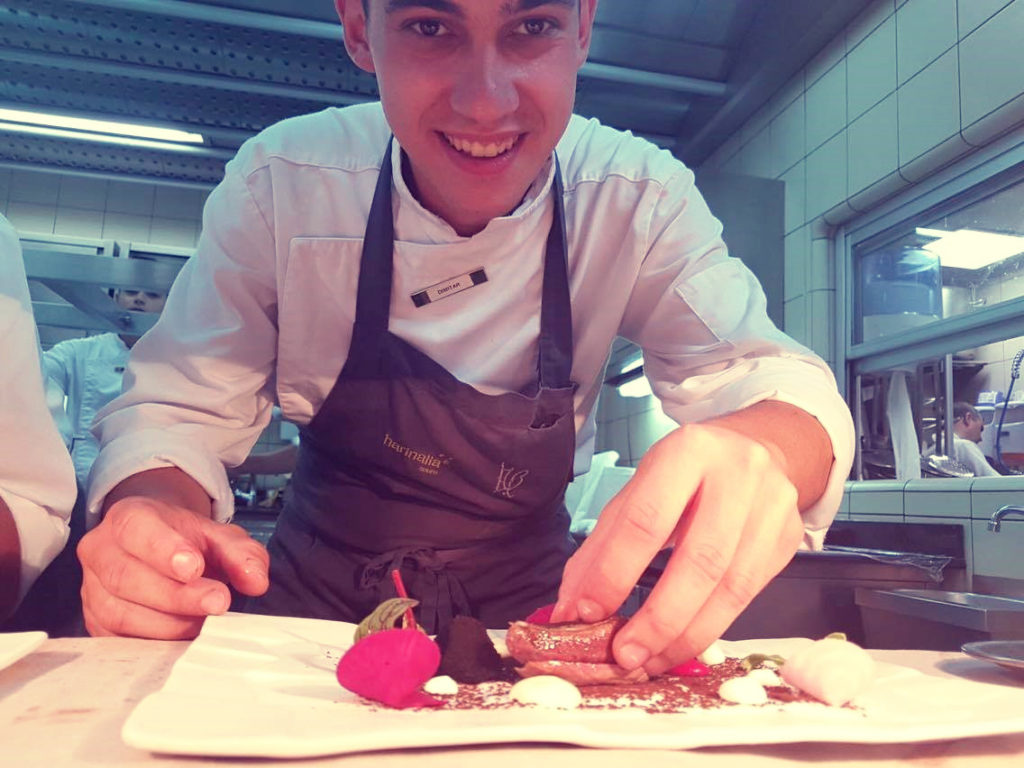