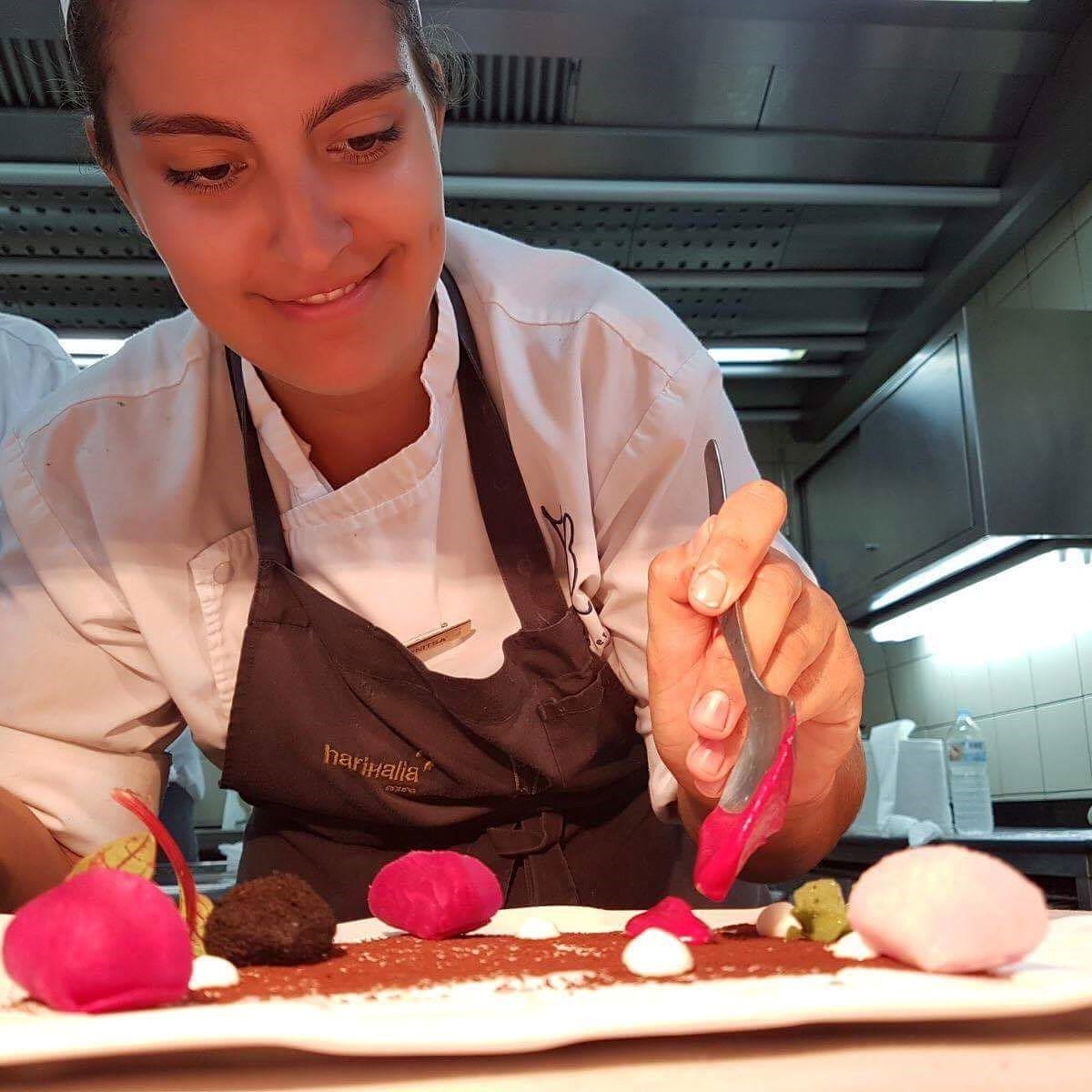 Hello everyone, my name is Denitsa Teodosieva, I am a student at Culinary Arts Institute and I have just finished my internship in M.B and I would like to share a little bit about my experience with you.

M.B is a two Michelin restaurant in The Ritz- Carlton, Abama, Tenerife, Spain. It is an amazing restaurant with an even more amazing team of 12 people who work there and of course the passing trainees. Because it is a small team, you have the opportunity to learn a lot and to be given more responsibilities.

At first, I was put to production where I did all kinds of stocks and bases for the restaurant, and for the service I was helping in the meat section. Production is very different than a normal station and it was the perfect start for my internship, because I got to communicate with all the other people from the stations and prepare things needed for a lot of the plates, hence I learned about the plates of all the stations. At times the work was so much and I was not sure I would be able to finish on time, and of course there were times when I just needed help, which I took very seriously like a failure, but my colleagues quickly helped me and showed that it’s no big deal..

After a month and a half I was moved to the meat section full time, it was completely different for the mise en place part of the day, but for the service I was already used to the plates and the chef de partie. After came the section with the most work, Starters, I was there for three weeks before the restaurant closed for renovation and I managed to learn a lot because I was used to the restaurant.

The one-month renovation period we sent to TXOKO, another Martin Berasategui restaurant where I was mainly in pastry and for one week I was handling alone pastry because the pastry chef was on vacation. Which was an amazing opportunity, having the chance to be my own boss for a little while and to plan how to do the stuff I needed to do.

M.B started work again and to my surprise I was on pastry, which I am usually not a huge fan, but it is one of the parts of the kitchen that I feel is the easiest for me. They saw that I was comfortable with it, so they gave me more and more responsibilities. One of the biggest responsibilities was to do the “Lemon” desserts. It is basically playing with chocolate and the blast chiller… 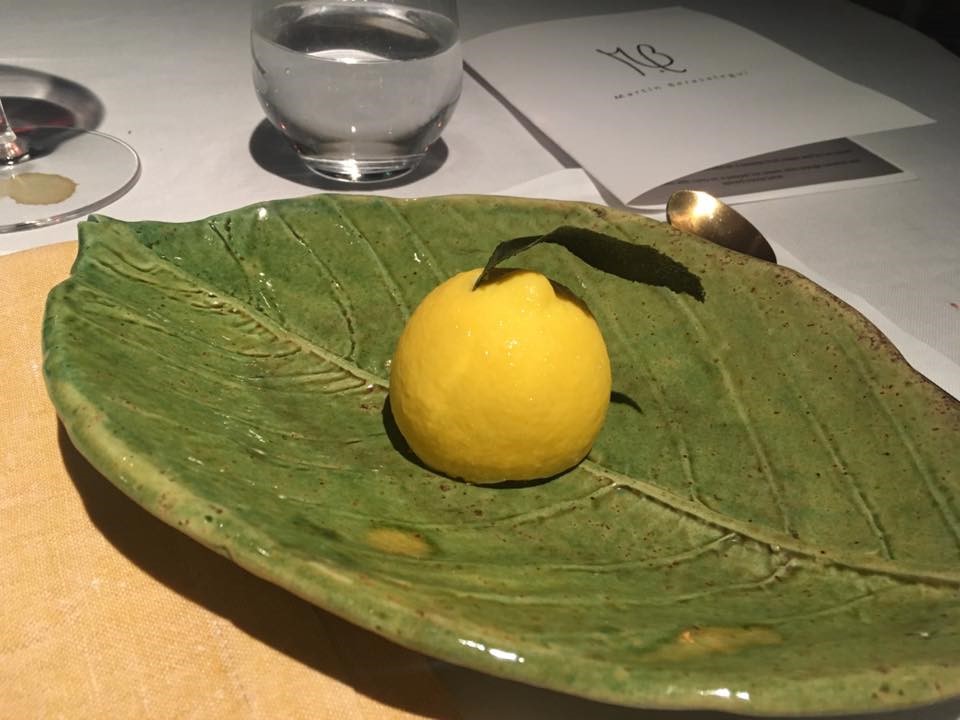 For the last two weeks I was moved back to the meat section and of course on our last day everyone gave a proper “kitchen style” goodbye by pouring whatever leftovers they had on our heads. 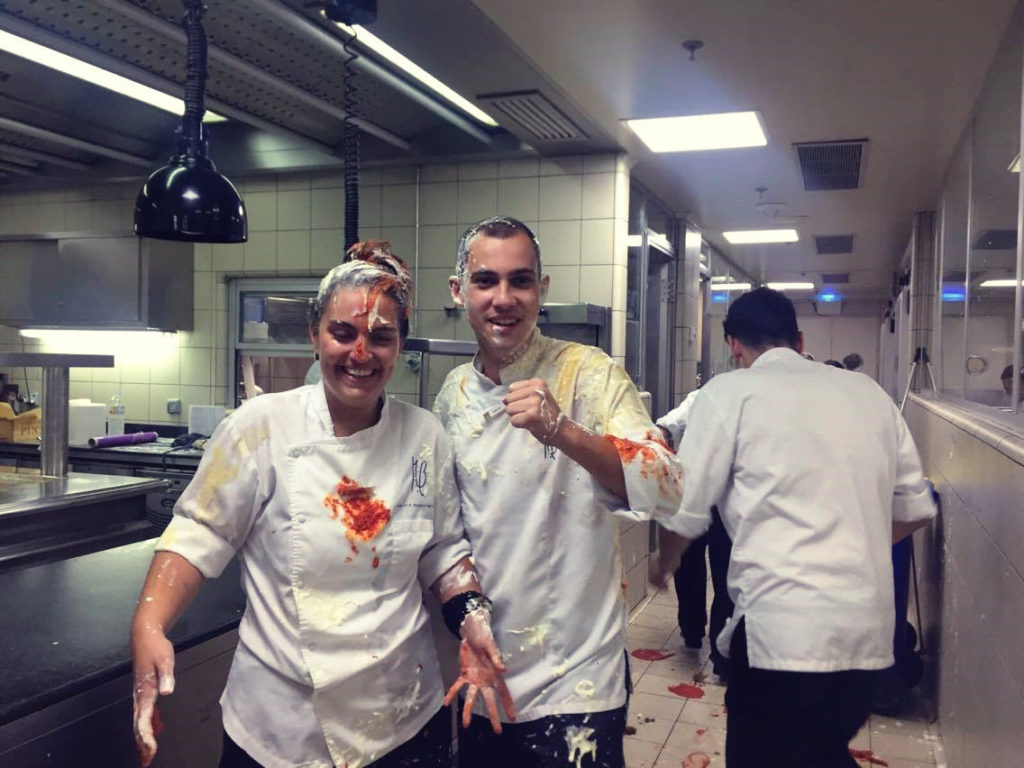 The next surprise they had for us was a dinner in the restaurant, that was when we were fully speechless and we were able to see that it is completely different from the other side of the kitchen, even the food tastes differently. It was unique and I hope I will be able to have other chances to do this again. After the dinner we came back into the kitchen and said our final goodbyes to everyone and thanked them.

I want to say thank you to these AMAZING people that were always there with us outside and inside work!
Thank you for everything you taught me, I hope to see you again! 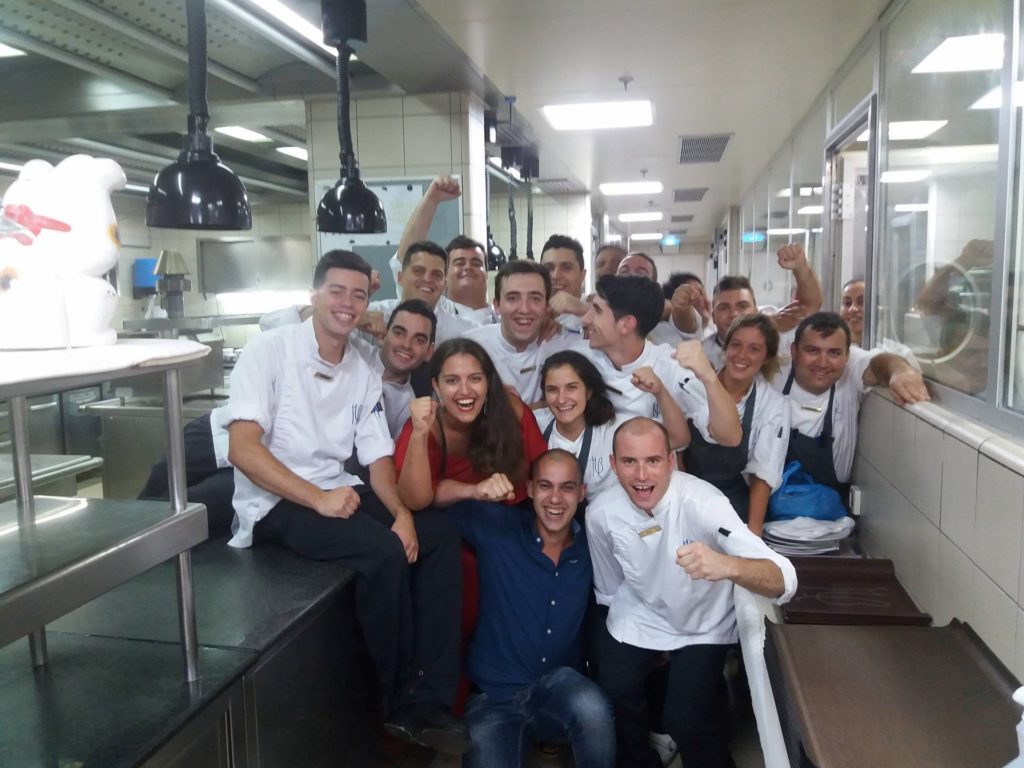 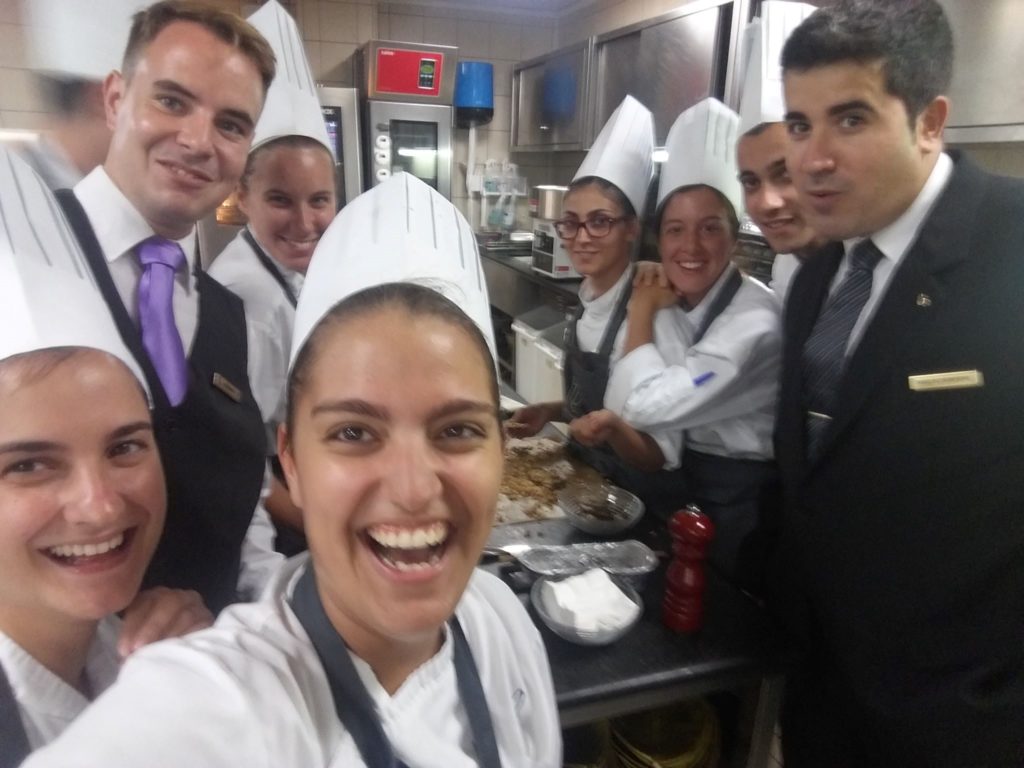