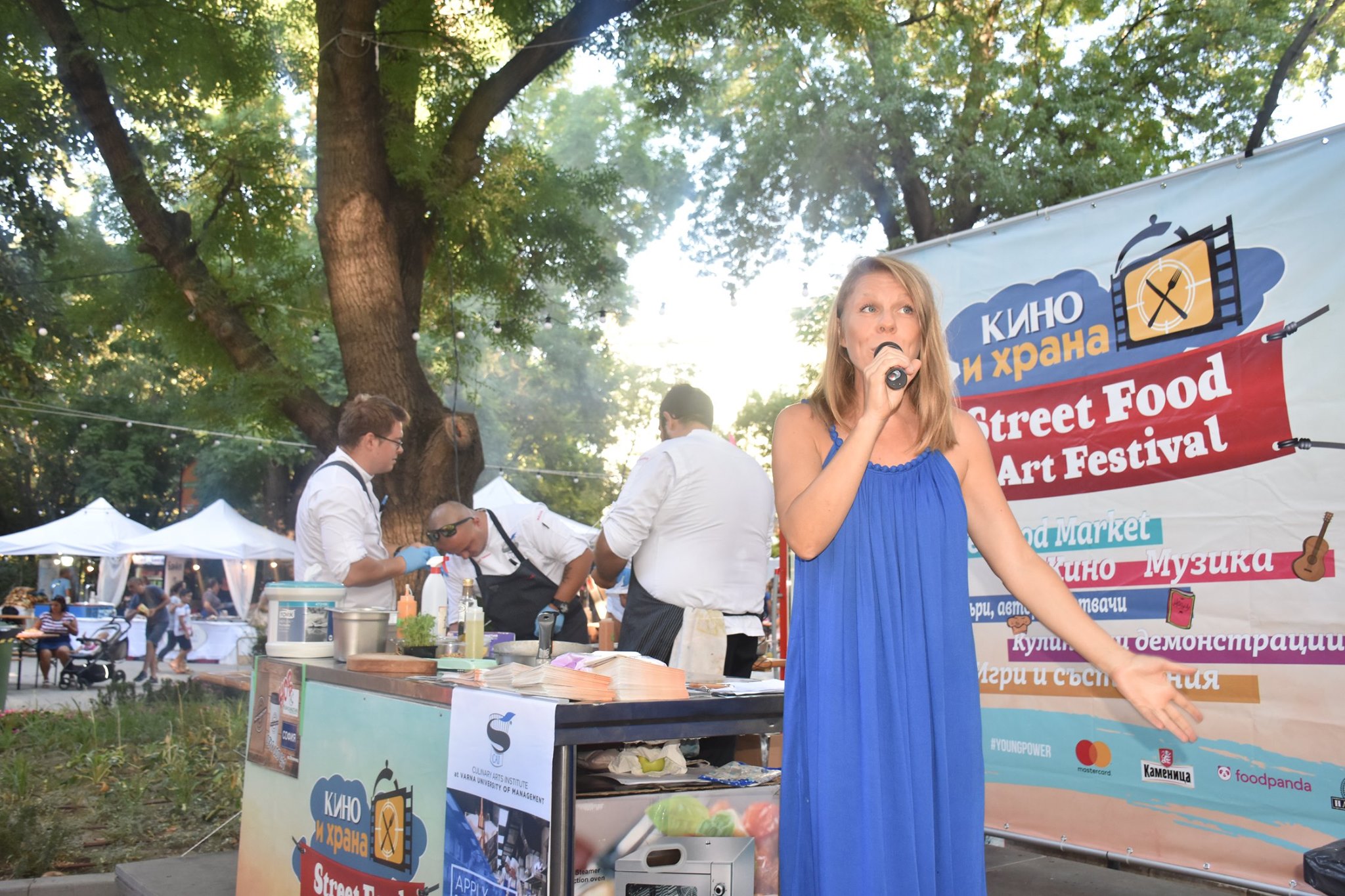 Five days in a row the area around the Aquarium in the Varna Sea Garden was a culinary and artistic arena, where culinary bloggers and vloggers, professional and amateur cooks, actors, singers and fans of the irresistibly delicious street food have exchanged skills and experience. They all got united in the idea of the Street Food & Art Festival “Cinema and Food” to combine different arts through the prism of cooking.

The concert stage was taken over by the famous Bulgarian singers and artists Stefan Valdobrev, Ivan Lechev, Beloslava, Militsa Gladnishka, Lili Geleva and Dicho with his band, and the musical evenings ended with culinary films presented on a large screen in the open sky. In addition to performing the most loved hits in front of their fans, Dicho and Beloslava also made a successful appearance on the culinary scene, and Kaludi Kaludov, August Popov, Chef Andre Tokev and many others also contributed to the spirit of the event. Special guests of the festival were the ambassadors of Indonesia – H.E. Mrs. Sri Astari Rasjid and Poland – H.E. Mr. Maciej Szymanski, who also became part of the variety of culinary demonstrators from all around the world.

In short, Varna spent a culinary and artistic holiday, which  however, would not be as colorful and exciting without the pinch of inspiration added by the Chef Instructors of the Culinary Arts Institute at Varna University of Management. For three days, they delighted the audience with attractive culinary demonstrations and workshops and won the applause and the hearts of all visitors.

Chef Vasil Yakimov surprised the audience with a unique dessert of tomatoes and raspberries, basil, sheep’s cheese mousse with raspberries and cream and buttery crumbs and impressed with a professional and eye-catching presentation of the dish.

The last culinary demonstration was presented by our Programme Director Chef Hugues Boutin, who prepared an impressive pie with peaches, chorizo, corn, togarashi, mint and bourbon.

Especially for the exotic cuisine lovers, our Chef Instructors organized a culinary workshop where participants had the opportunity to learn how to prepare traditional Vietnamese Bahn Mi sandwiches – an irresistible combination of cultures, colors, textures and flavors.

If you haven’t enjoyed this culinary emotion at the Varna Sea Garden, you still have the opportunity to watch the videos and photos from our participation in the Street Food & Art Festival “Cinema and Food” on the Culinary Arts Institute Facebook page. After September 16th, you can also reserve your seats for one of our students’ thematic dinners. The first one will be held on October 2nd, 2019 and will be dedicated to the local seafood. 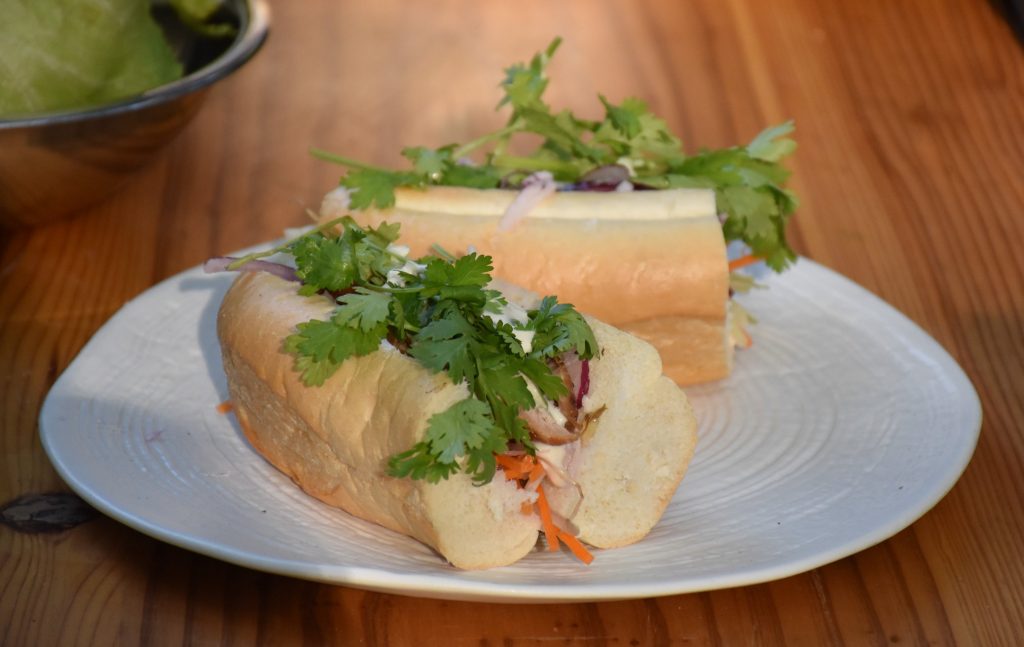 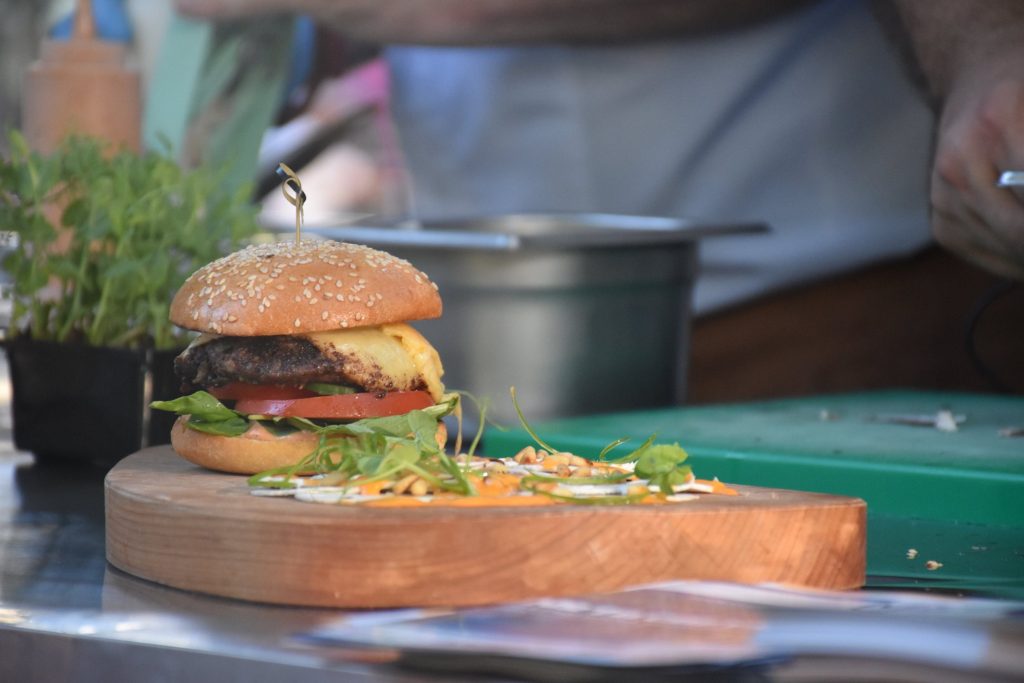 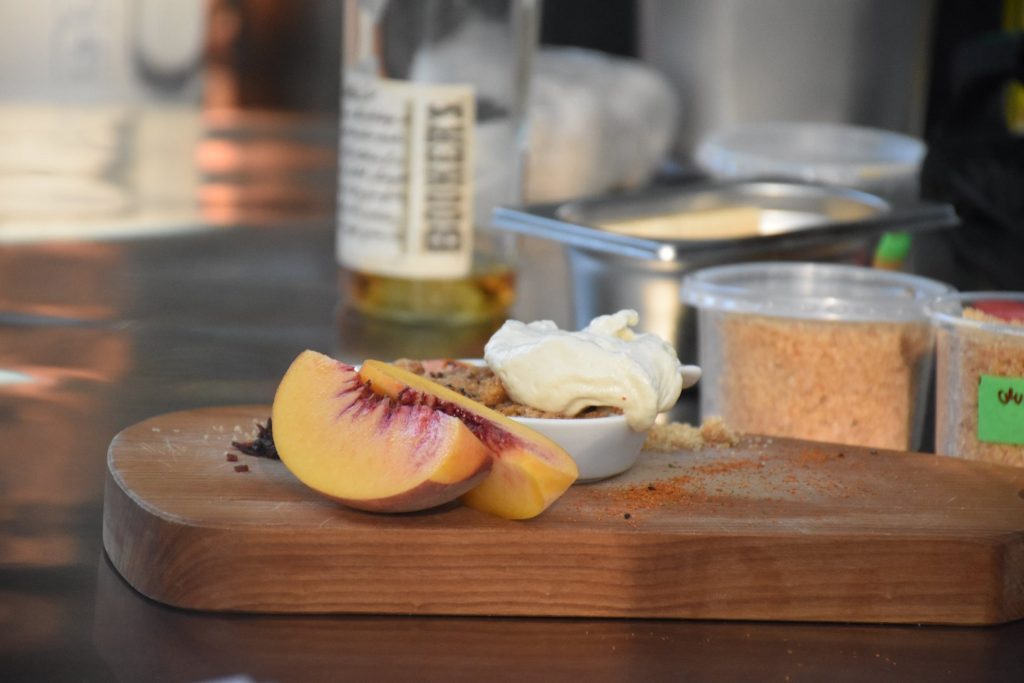 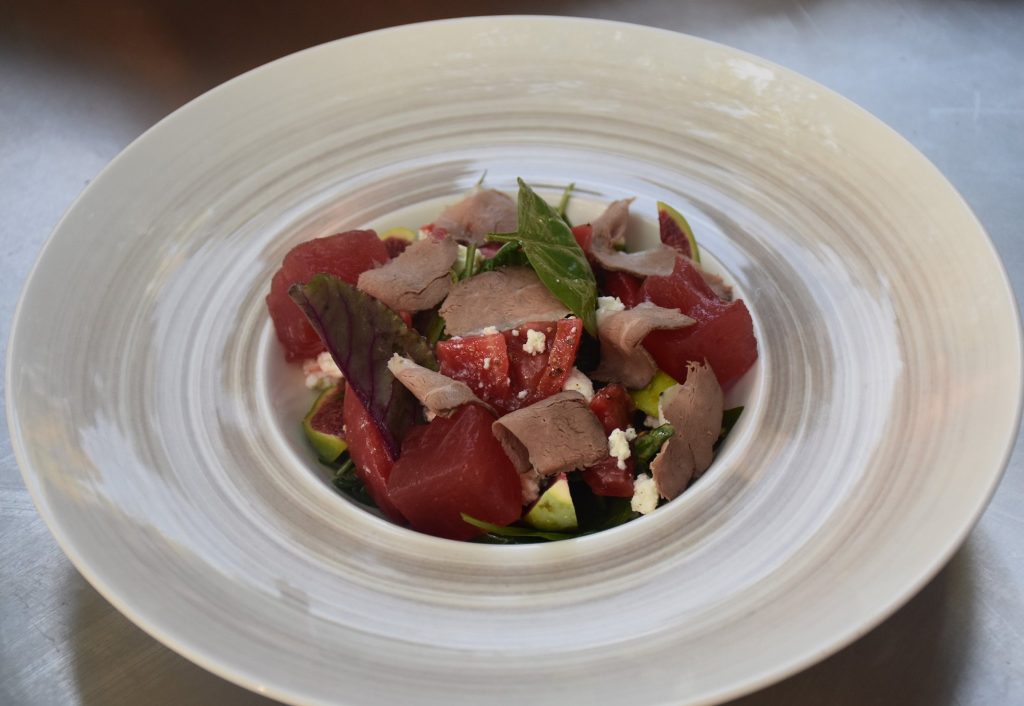 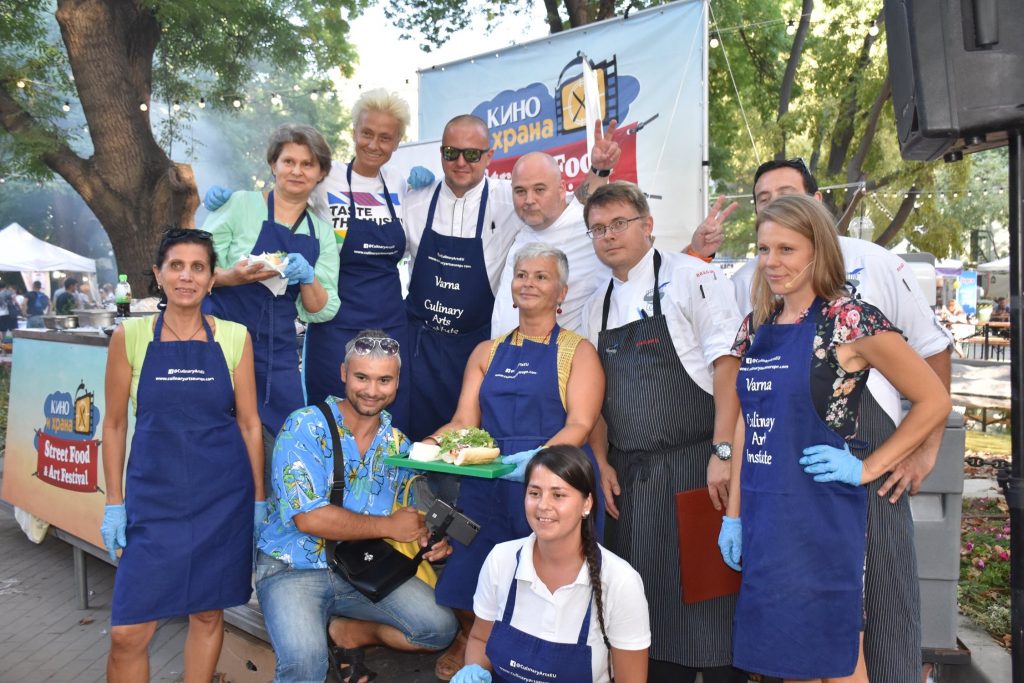 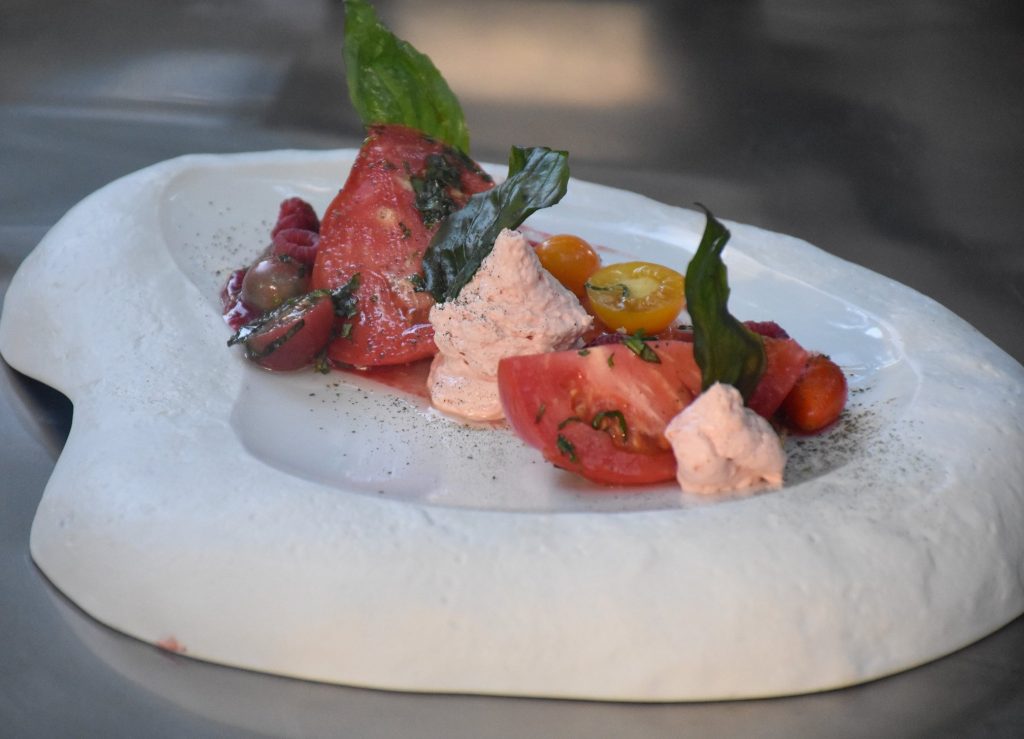