Chef Hugues Boutin is an extremely creative and positive individual with over 30 years of experience, ranging from teaching experience at cooking schools to fine dining hotels and restaurants around the world. After graduating from the Institut De Tourisme et D`Hôtellerie Du Québec, in Montréal, with a Superior Studies degree in Culinary Arts, chef Boutin gained solid culinary experience working as a chef around the world. Chef Boutin possesses vast experience working in a multi-cultural environment, as he worked as Executive Chef for Club Med for 7 years at different locations such as Mexico, Australia, the Bahamas, Malaysia, USA, and Cuba. He is fluent in French, Spanish, English and the Mexican and Italian cuisines are among his favorites. Chef Boutin worked in fine dining establishments such as the Little Nell in Aspen, ranked among the top 25 hotels in the USA, and the 3-star Michelin restaurant Bernard Loiseau’s “La Côte d’Or” in Burgundy, France. For more than 8 years, he was a chef instructor at two culinary universities in Mexico City and since 2015 he is training culinary students in Bulgaria. Chef Boutin is a well-rounded professional with additional certifications in Food Production Management obtained at Bali, Indonesia in 2005. He has also been a ServSafe©Trainer & Proctor since 2005, giving classes and training seminars to groups ranging from 4 to 150 participants. As a recognized culinary expert, Chef Boutin is often invited as a marshal/judge in various competitions and in 2017 he was a member of the Jury in the Bocuse D’Or Bulgaria competition. He has also coached various culinary teams to first places in diverse culinary cups and competitions. His most recent achievements were at the 2022 Bulgarian National Culinary Cup in Sofia where he coached one Culinary Arts Institute student who won the gold for the meat category and where he also helped out for the Culinary Arts Institute students who won the Gold for the Team event and the 2019 Bulgarian National Culinary Cup in Plovdiv, where two of his students at Culinary Arts Institute grabbed the gold medals – one of them winning the overall Pastry Chef of the Year competition with 3 gold medals and the other – the Cup in the meat category. The most valuable lesson to his students is: “Do it from the heart or do not do it at all!” 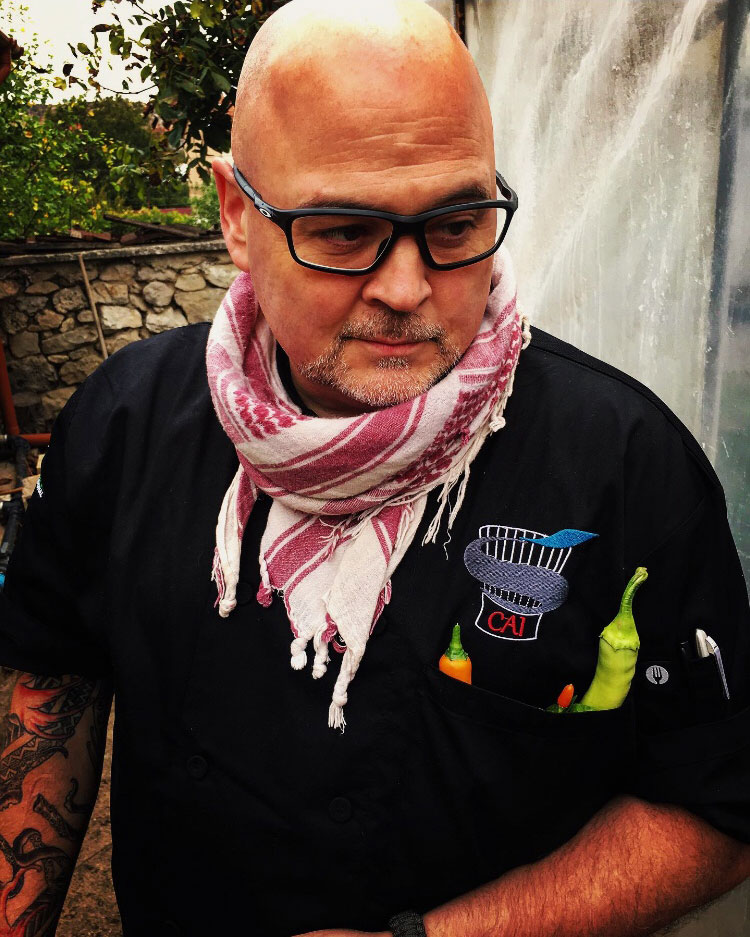